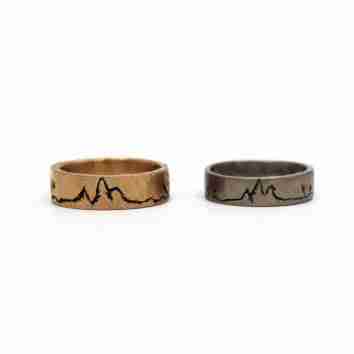 Benny and Sarah are both scientists who met at work almost ten years ago and fell in love. They are a beautiful couple, full of laughter and fun, so when they asked Laura to make their wedding bands, she was honoured.

Laura met Sarah and Ben at her studio in St. Andrews one sunny afternoon to discuss the design and creation of their wedding bands.

Ben and Sarah talked about a very memorable and romantic holiday they had taken to South America, where they visited a mountain range in Patagonia called Torres del Paine. Ben had decided while they were trekking through these stunning mountains, that this was the place for his proposal to Sarah.

He wasn’t prepared with a ring, so instead he picked up a native flower (frailejón), which is unique to that area, and proposed with this. Later, of course, Ben gave Sarah a beautiful ring – one which had belonged to his grandmother. Laura suggested incorporating something to symbolise this special time. She suggested engraving images on the two wedding rings of the special flower, the frailejón, and the iconic Torres del Paine mountain range.

Sarah wanted her wedding ring to fit with her platinum 950 engagement ring, so Laura designed the shape of the band to fit around the jewel in platinum.
Ben chose 18 carat rose gold and wanted a slightly thicker band. Despite the differences in material, shape and precious metal, the engravings featured on his and her wedding bands effortlessly unite them together as a pair.

The rings were finished with a special technique to highlight the engraving on each ring. 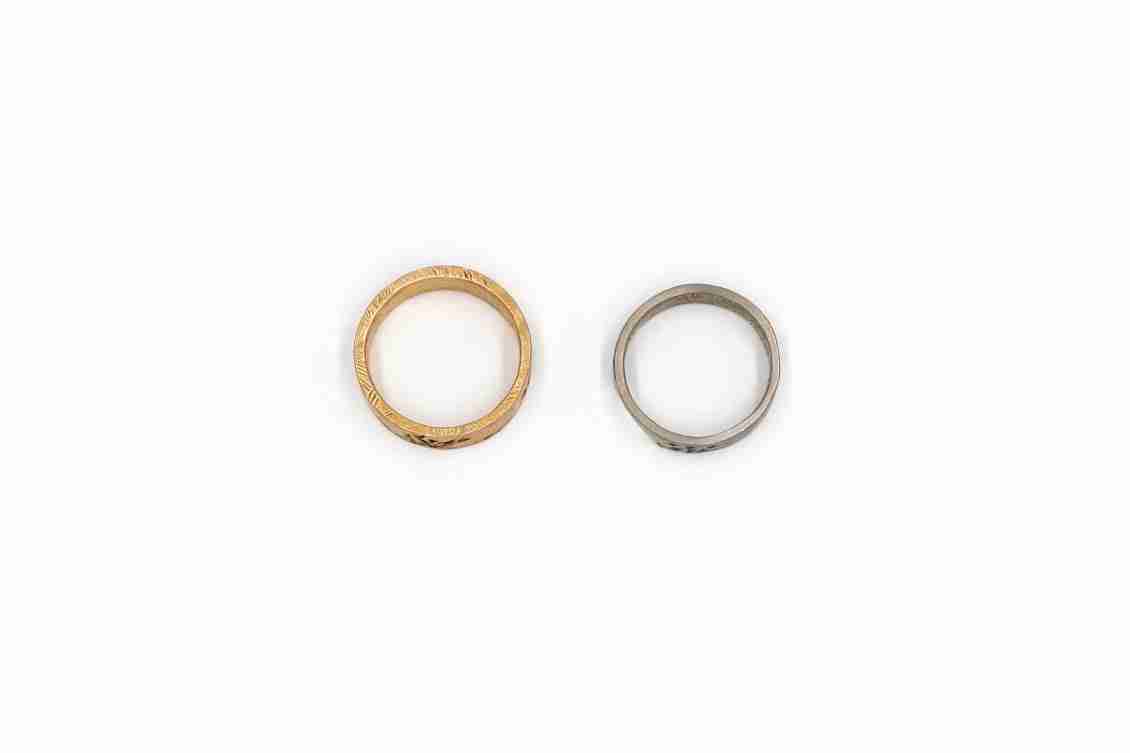 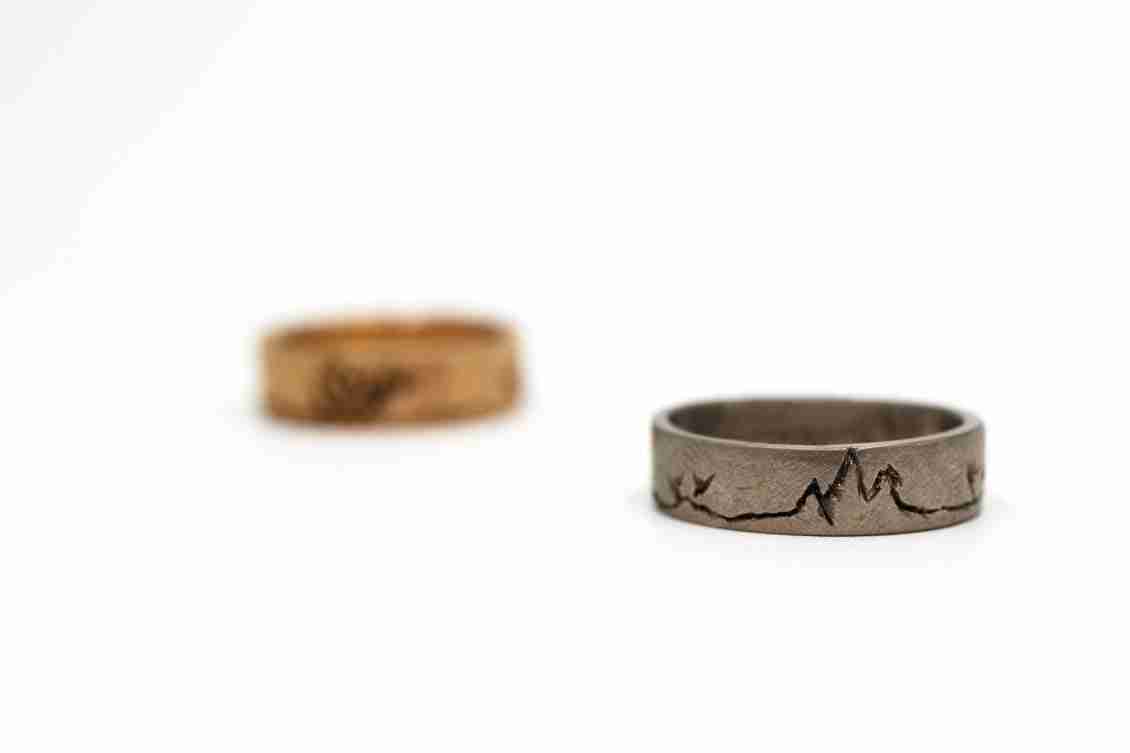 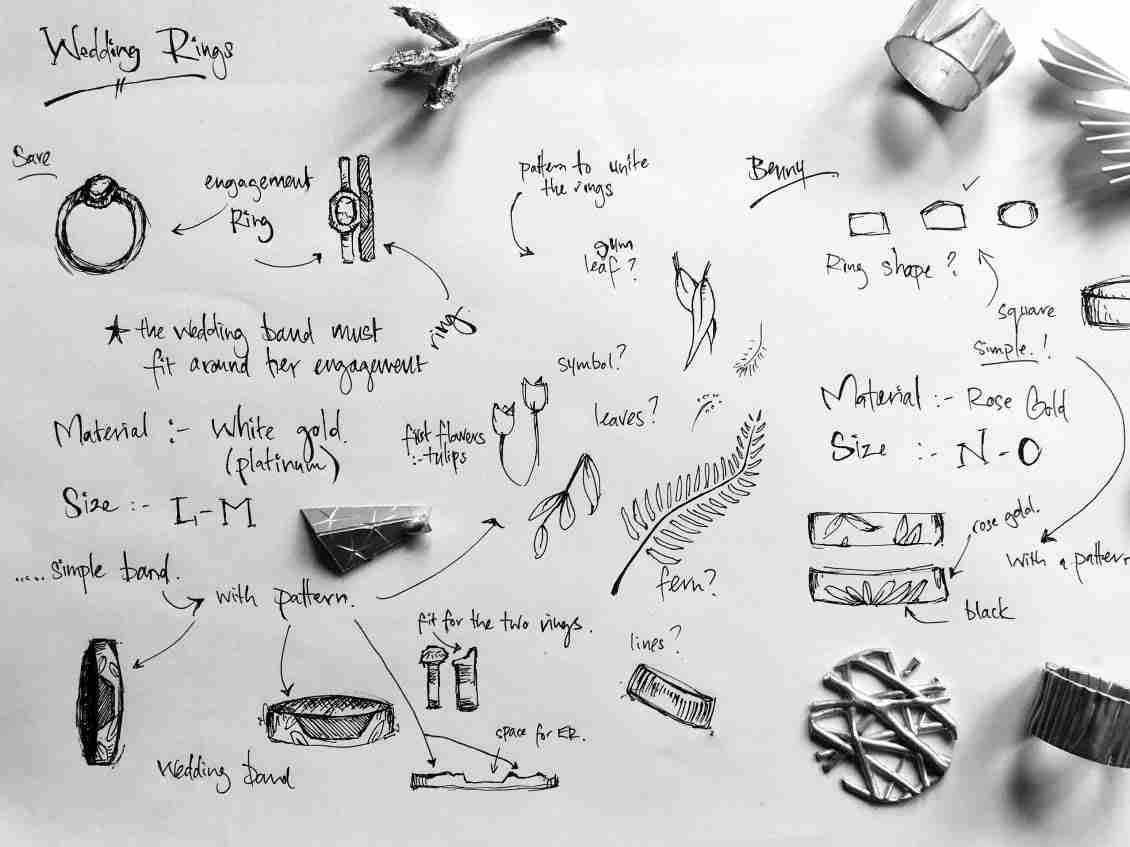 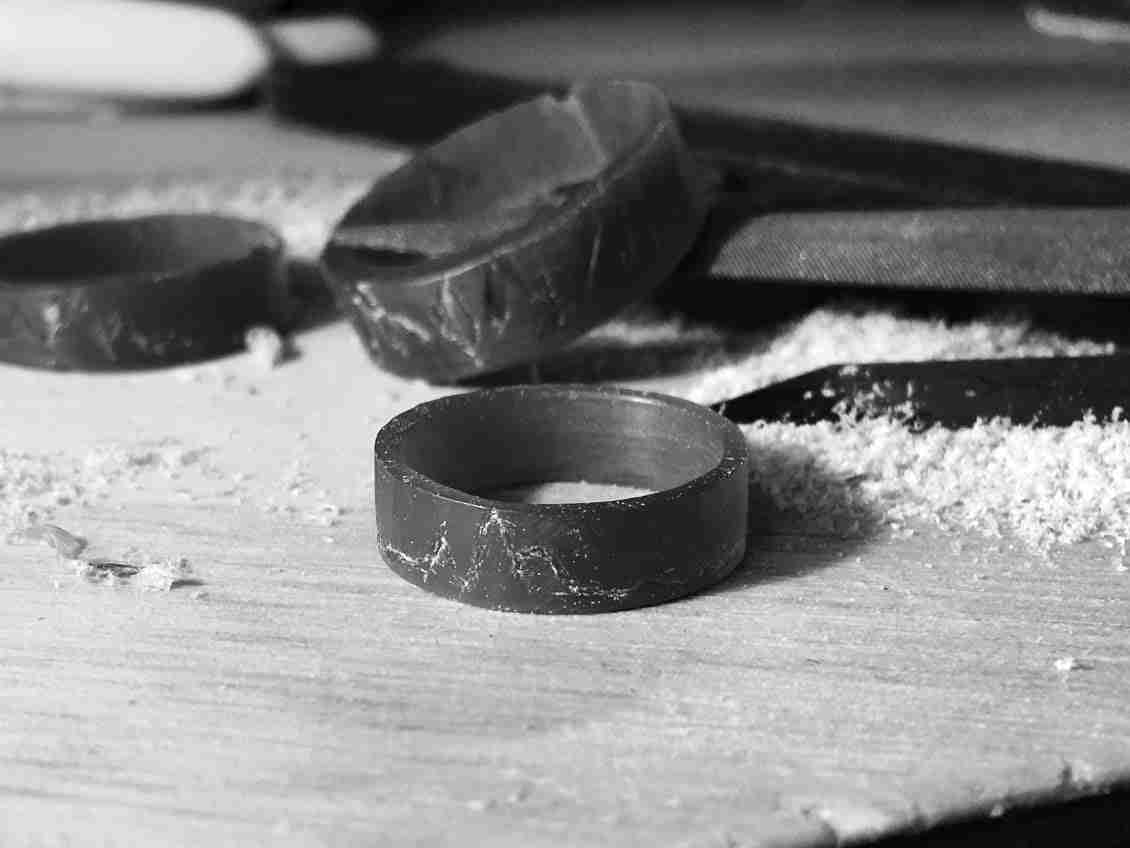 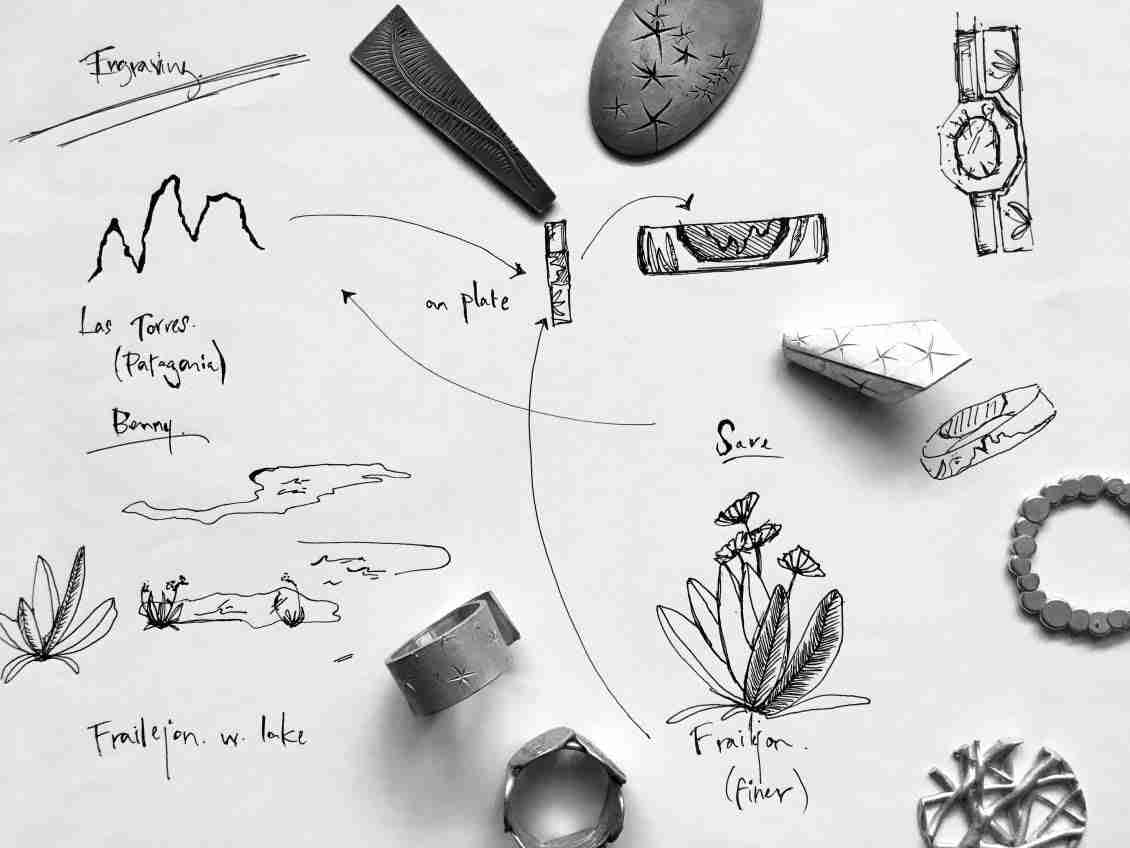 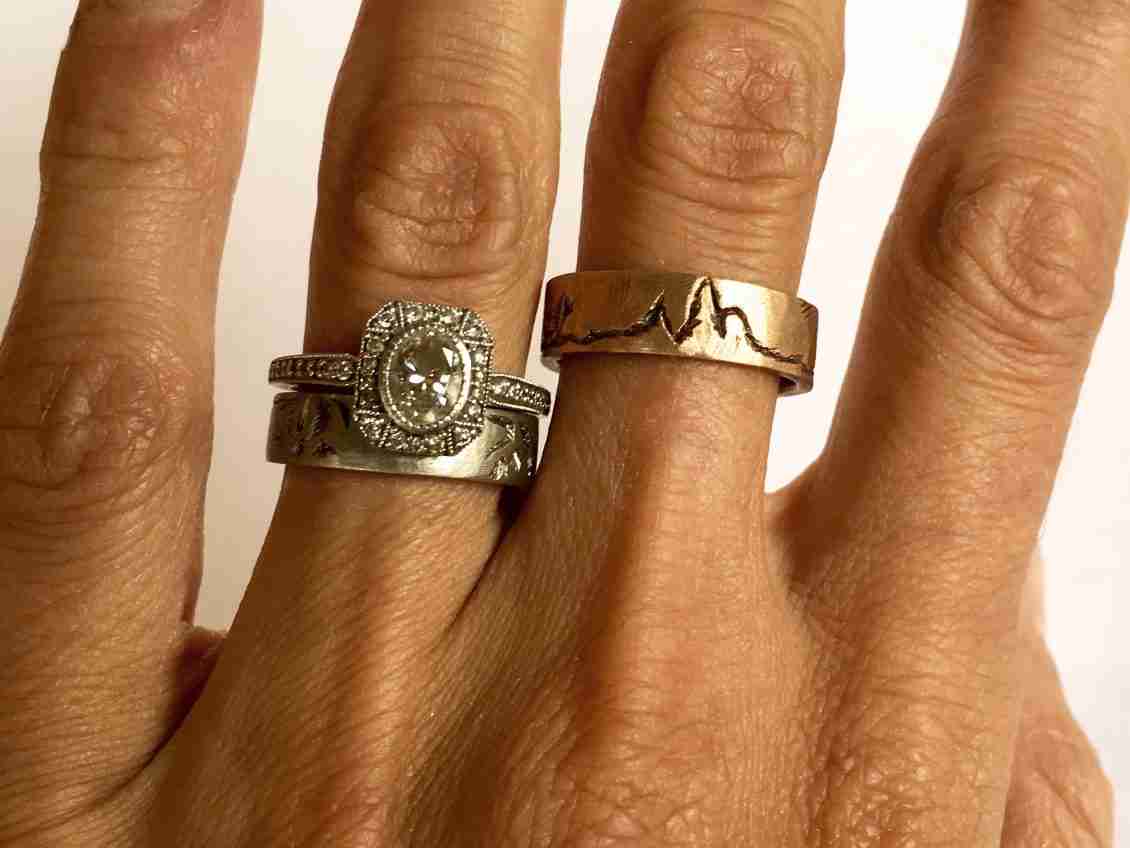