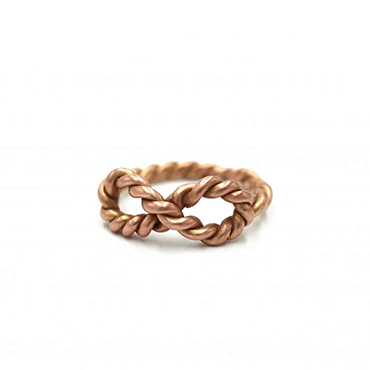 This finished piece shows two strands hugging one another forever, creating a never ending band of precious metal, creating a ring for eternity

Sometimes I get lucky and have the chance to work with a lovely client on a custom commission and create something together. Dave and I met at my studio on a sunny afternoon in summer to talk over the details for his special ring. He works in design himself and was eager to be involved in the creative process. He brought a few sketches of his ideas and we worked closely  to bring about a final concept. Dave and his wife Pauline, had been married for 20 years and he wanted something extra special to mark their anniversary. Dave was positive that he wanted to incorporate the infinity symbol to symbolize their love and unity but was unsure of how we could do that. An eternity ring symbolizes never ending love, however it is usually a band of solid precious metal. We discussed how a rope is made of threads being woven tightly together, and how this could symbolize the bond that he and Pauline have – such a romantic concept. Following on from our appointment, I made many samples before creating the final in wax and casting it in solid 18 karat rose gold.
I love the symbolism of this ring – so very romantic! 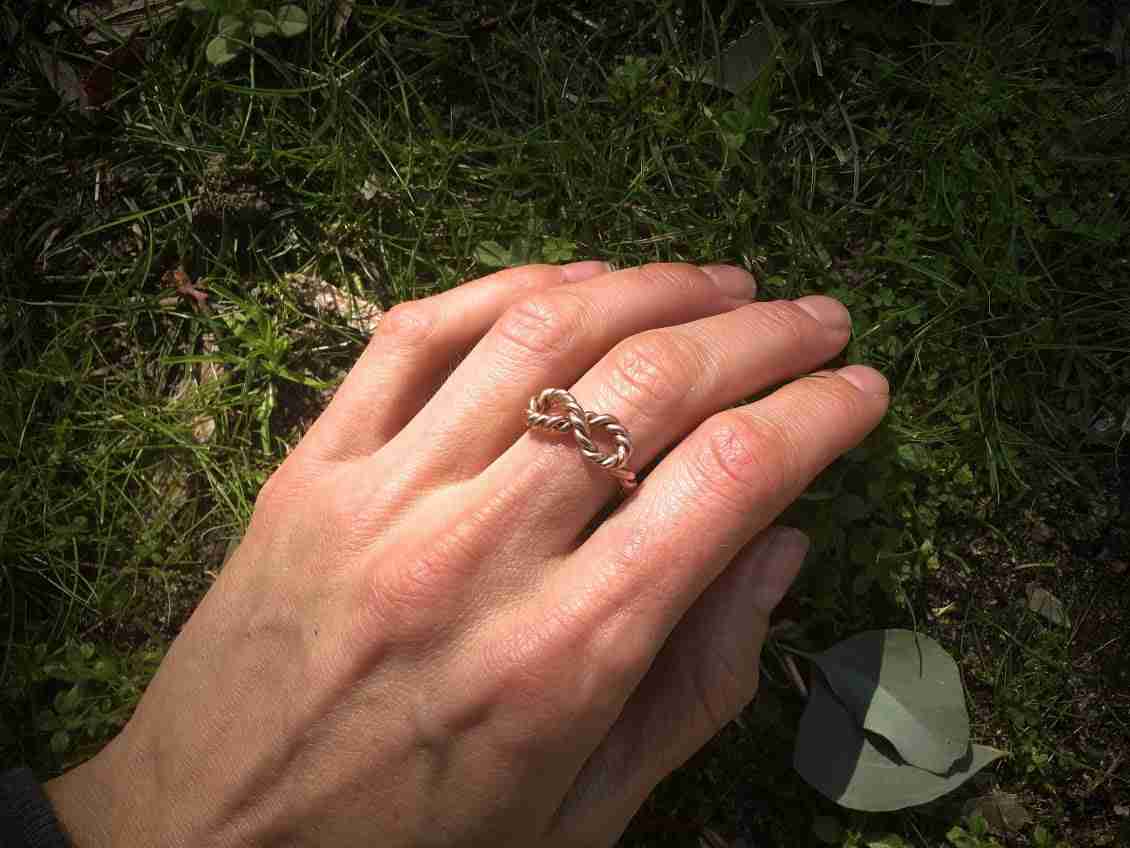 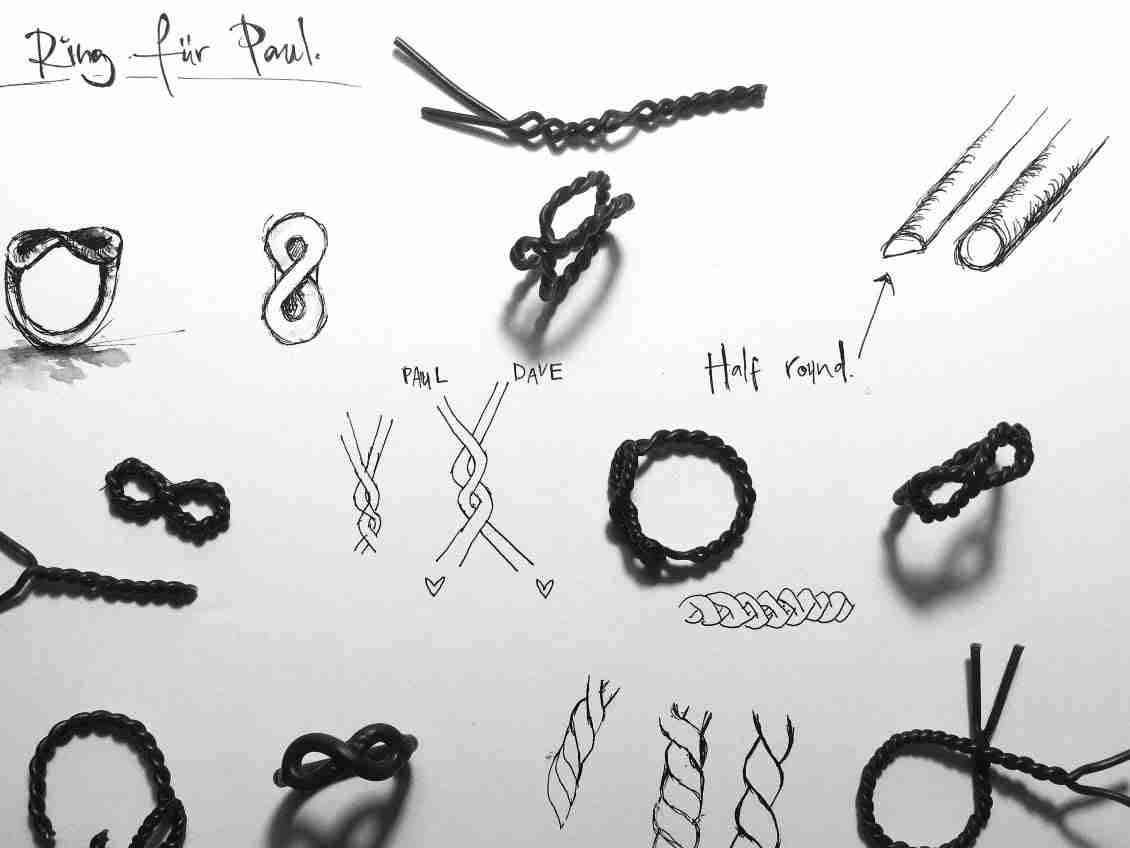 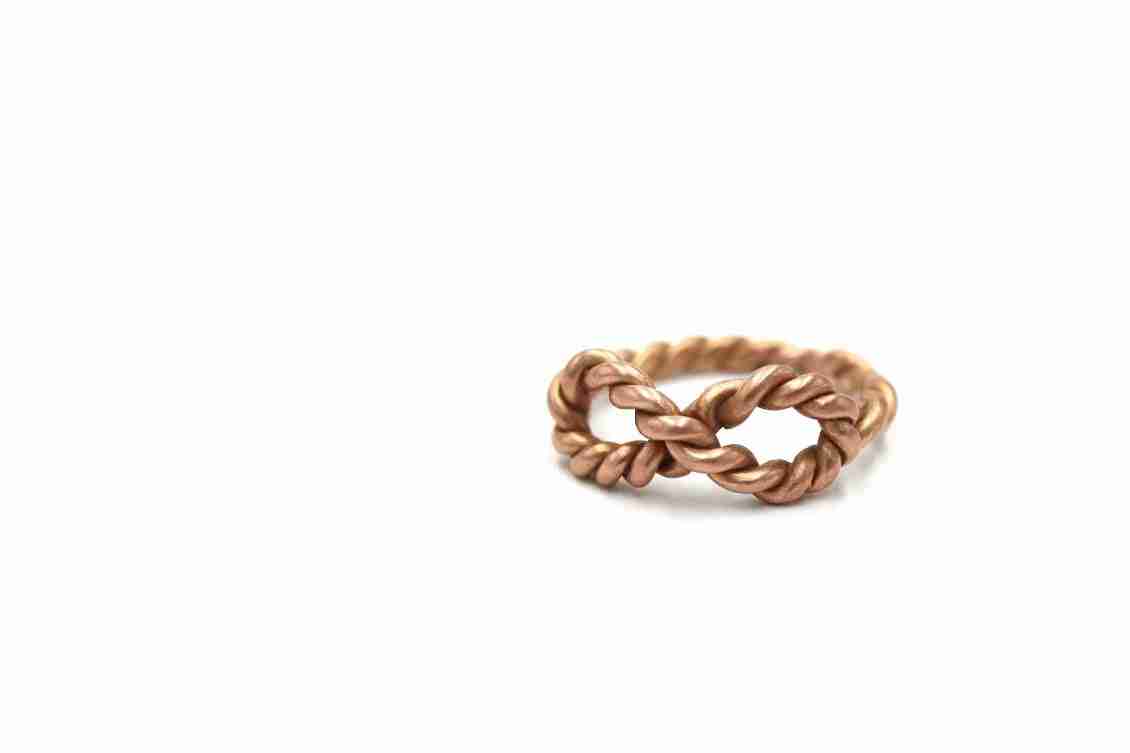